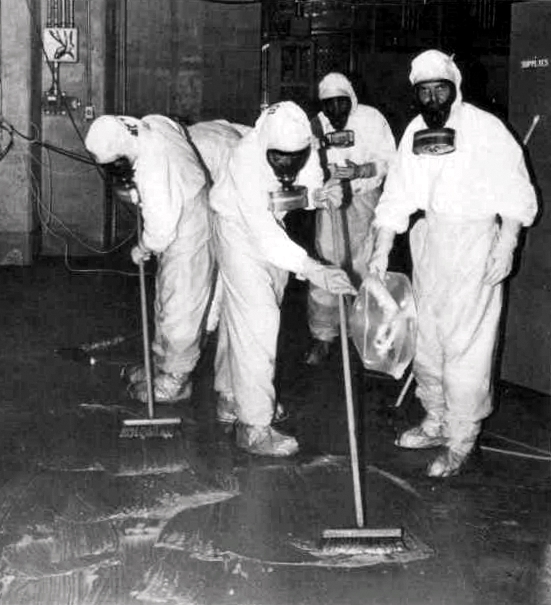 A July 17, 1979, article from the Washington Post reported that a study by the Bechtel Corporation estimated it would cost $405 million (with $25 million added for uncertainties) and take 4 years—until June 1983—to clean up after the incident and restart the reactor. This cost estimate corresponds to roughly $1 billion in 2011 dollars.

In fact, it took 11 years and 1 month to clean up the mess and NOT return the reactor to operation. And it cost twice as much not to restart the reactor as Bechtel thought it would cost to restart it.

The cleanup process is chronicled in the 1990 Electric Power Research Institute (EPRI) report The Cleanup of Three Mile Island Unit 2: A Technical History—1979 to 1990. The chronology in this report also shows:

The amount of time and money required to clean up Fukushima is expected to be much greater than that required for TMI-2.

The TMI accident affected a single reactor. The Fukushima crisis seriously affected 3 reactors and 4 spent fuel pools. The amount of damaged fuel at Fukushima may be greater than the total amount of fuel damaged in all previous nuclear accidents combined.